The Mary Jean Borley Memorial Scholarship was established in 1980. It is awarded to female students, currently residents of Muskingum County, who are planning to pursue degrees in fields related to the welfare of young children and their families. Scholarships are awarded from the interest of the monies invested from the funds accumulated as a result of operating the Jack and Jill School Nursery School from 1940 to 1978. Mary Jean Borley was the first teacher and continued to be involved in all facets of its operation.

The MJB Scholarship Committee announces the following awards for 2020: 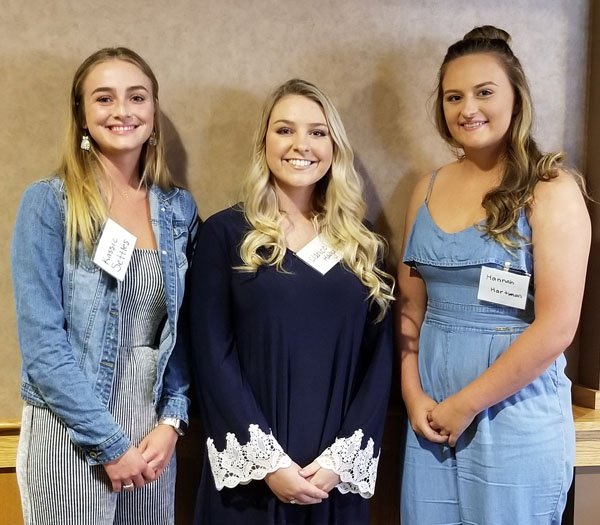 During the pre-school’s existence, 26 teachers and aides and three drivers served on the staff. The school involved parents in special events. In 1959, the mothers were invited to go to a play at Dennison University whose theater was presenting “Scattered Showers” – a humorous depiction of the life of mothers of pre-school children. In 1960, parents were invited to an evening with Dr. Eugene Capocassalse – a child psychiatrist. The committee members took care of the equipment, repairs, etc. – contributed books, made doll clothes and toys and provided goodies for parties and special events.

In 1980 after co-founder Mary Jean Borley died and the assets of the school were sold, the Mary Jean Borley Memorial Scholarship was awarded. So we are still providing for young children by awarding scholarships to Muskingum County women pursuing degrees in programs such as child development, family counseling, child psychology, preschool through elementary education, pediatric medical programs, etc. That year $22,447 was invested in CD’s with $1566.46 in checking. Then most of money transferred to an investment account with Merrill-Lynch and the income from that fund supports the scholarship.

By 1989, 19 recipients had received scholarships – the number is probably closer to 60 now.